OFG Orient Freight GmbH has been founded in 1994 in Gräfelfing with the partner company Orient Freight Group N.V. from Belgium. Until 2004 we also had the word "Group" in our companies name. After that time the share holders changed and we established our actual company's name.

Until the year 2004 we have been located in Martinsried - in the west of Munich. Due to our continuously growth we moved to a new location with own terminal in Ludwigsfeld - north of Munich. At the same time our branch in Cologne moved to a new office and terminal building in Frechen - west of Cologne.

As our business increased we were forced to move to bigger facilities and a larger terminal in Heimstetten - east of Munich, close to the International Fair Area. It was also very important that we had a short and direct connection to highways A 94 and A 99.

As shown in our company's name already we are specialized on transports to the Orient. This name covers Turkey, Iran, Iraq, the Near and Middle East as well as the Caucasus region and the CIS states.

In our own terminals in Munich and Cologne we have sufficient space to guarantee an effective and safe handling for all cargos at any time. In our hub in Munich, hub we have more than 2.000 square meters of warehousing area and 8 loading doors. Our terminal in cologne with 1.100 square meters warehousing area and 3 doors is an important basis for pre-carriage traffic from all over Europe.

Our terminals in Munich (Heimstetten) and Cologne (Frechen) are our hubs for our consolidated traffics to Turkey and Iran.

Our well-trained and continuously educated warehouse teams with their most modern equipments guarantee for a safe and secure handling of your cargos.

Since 1994 specialized on transports to the Orient

Highly qualified and motivated staffs in our headquarter, our branches and delegation offices will always support you to find the best solution for your transport problems. 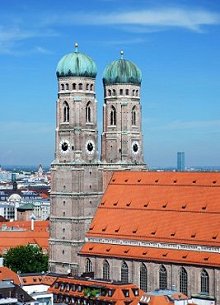